Here’s what you were reading on this site last year. Just the Top 5. 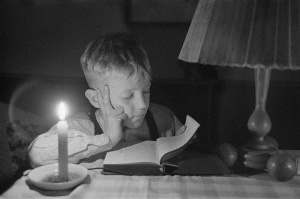 5. To Better Position Your College, Remove Word ‘College’ from Name?
Yet another spectacular fail from the world of highly paid branding and marketing consultants. This one is just beyond stupid — and the fact that an institution of higher education bought into it, well, it’s just beyond the pale.

4. He’s Baaack. The Ever-Buoyant Jonah Lehrer Bobs Up to the Surface Again
Lord, who knew Jonah Lehrer was going to be my own personal ‘bad penny?’ I was all set to do a sit-down interview with Lehrer as a bit of a puff piece for my then-employer when his “self-plagiarizing” scandal broke in 2012 and I got sucked into the drama. I’ve followed him since, just cause. Some topics never disappoint!

3. Branding is Killing Your Website
A cut from and a link to “New Thinking,” a regular e-thinkpiece from web guru Gerry McGovern. There’s no one who writes better and with more clarity and common sense on web topics than McGovern. No one.

2. About Mark Blackmon
Thanks for caring. By the way, a ranking at this level is either a good thing — “I want to know because this guy is interesting.” — or a bad thing — “Who in the hell is this clown?”

1. How Closing San Diego Opera Makes Your Life Worse
A private e-mail howler that one of the recipients asked me to put somewhere so that they could link to it. I did, and then provided a bit of context to the whole thing. And what do you know? It went viral in a very specific sector of the web almost immediately. The funny thing about it was that the original e-mailer that I replied to said that they received forwards of this thing by the hundreds because no one knew that I was replying to them in the first place! Or that we even knew each other, let alone that we’d been fast friends for decades. You can be anonymous on the web. You just have to be crafty!

Thanks for reading and writing and sharing. It’s a delight to interact with you. Happy New Year!