This was the lede in John Warner’s Just Visiting blog on Inside Higher Ed recently:

To the surprise of no one, disgraced journalist and serial bullshitter Jonah Lehrer is back. 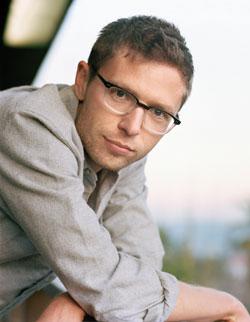 I’ve been following the saga of Mr. Lehrer since the nascent days of this blog when I was quoted by Forbes.com about the early days of the then-breaking original scandal. (You should definitely place emphasis on the second syllable: skan-DAAHL!)

Lehrer is back to publishing, this time alongside Shlomo Benartzi, a UCLA behavioral economist and Lehrer’s co-author of the forthcoming book The Digital Mind: How We Think and Behave Differently on Screens.

Like Warner, I don’t believe Lehrer should be banned from publishing for life, but I do think that I’ll think twice about actually believing anything he has to say for quite a long time. Not saying ever; just saying a long time.

My first visit to Lehrer Land

Warner’s Take on This Reemergence

Footnote to it all: I heard Lehrer on NPR over the weekend. One supposes that means he’s back for sure!

One thought on “He’s Baaack. The Ever-Buoyant Jonah Lehrer Bobs Up to the Surface Again”